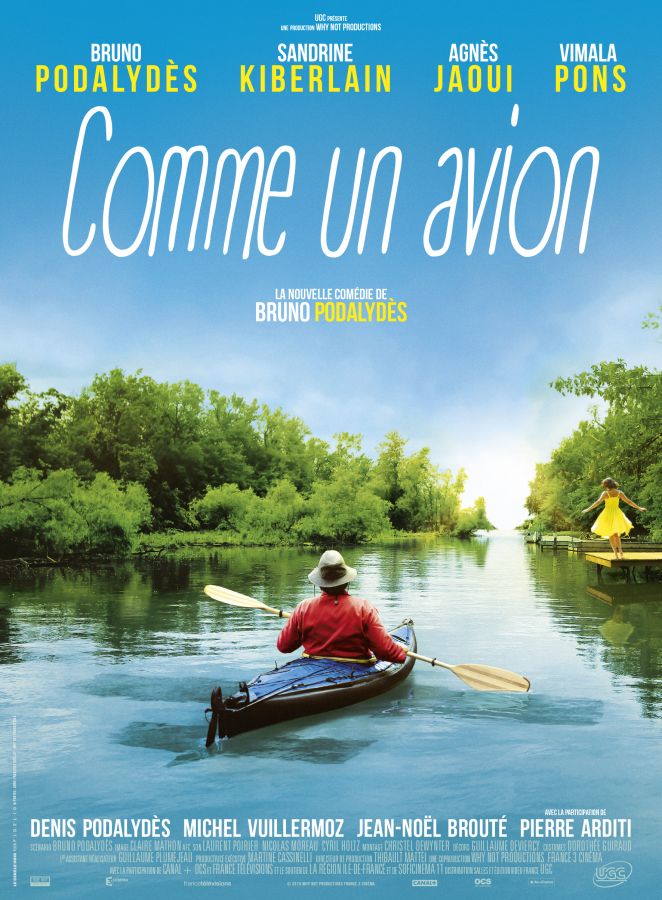 Michel has loved planes all his life, dreaming of life as an aviator. One day a photograph stops him dead in his tracks. Kayaks – they look just like planes, without the wings. Seized by a sudden impulse, Michel orders the whole package online: kayak, paddles and everything else he might need for an expedition. His wife Rachelle encourages him to set out alone on his escapade, even if he’s never rowed a boat in his life.

After an unexpected detour at a riverside bar, Michel becomes enamoured with its charming proprietor, played by Angès Jaoui, the bar’s heartbroken waitress and the absinth-sipping employees that work there. After a night in their company Michel finds it very hard to head back on the kayak. The Sweet Escape is a charming story of one man’s attempts to find himself and all the other things he might find on the way, including love in the strangest places. The film premiered in France this June to rave reviews.