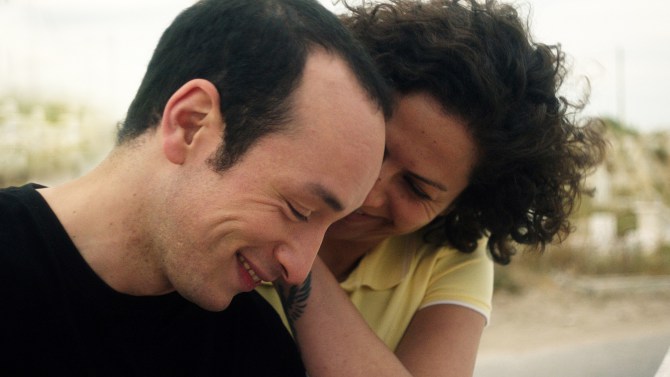 Young Tunisian Hedi lives an ordered life in which he believes there can be no more surprises. His over-­‐protective mother has already planned his future, and he has never had to make a decision in his life. He’s miserable in his job as a car salesman, wanting to continue with his art. Things at work get even worse when he gets sent on a business trip the week before his arranged marriage. But something unexpected happens at his hotel; Hedi meets a young dancer at the hotel and falls in love with her. Will Hedi have the courage to escape his inner and outer prisons?

Executive-­Produced by the Dardanne-­brothers (Two Days, One Night; The Child; The Promise), Hedi was acclaimed by both critics and the jury at the Berlin Film Festival, walking away with two prizes: Best Actor and Best First Film. Hedi is an unforgettable and moving romance.

“Co-­produced by the Dardenne brothers, Hedi shares the compassionate naturalism of their approach.” – Screen International