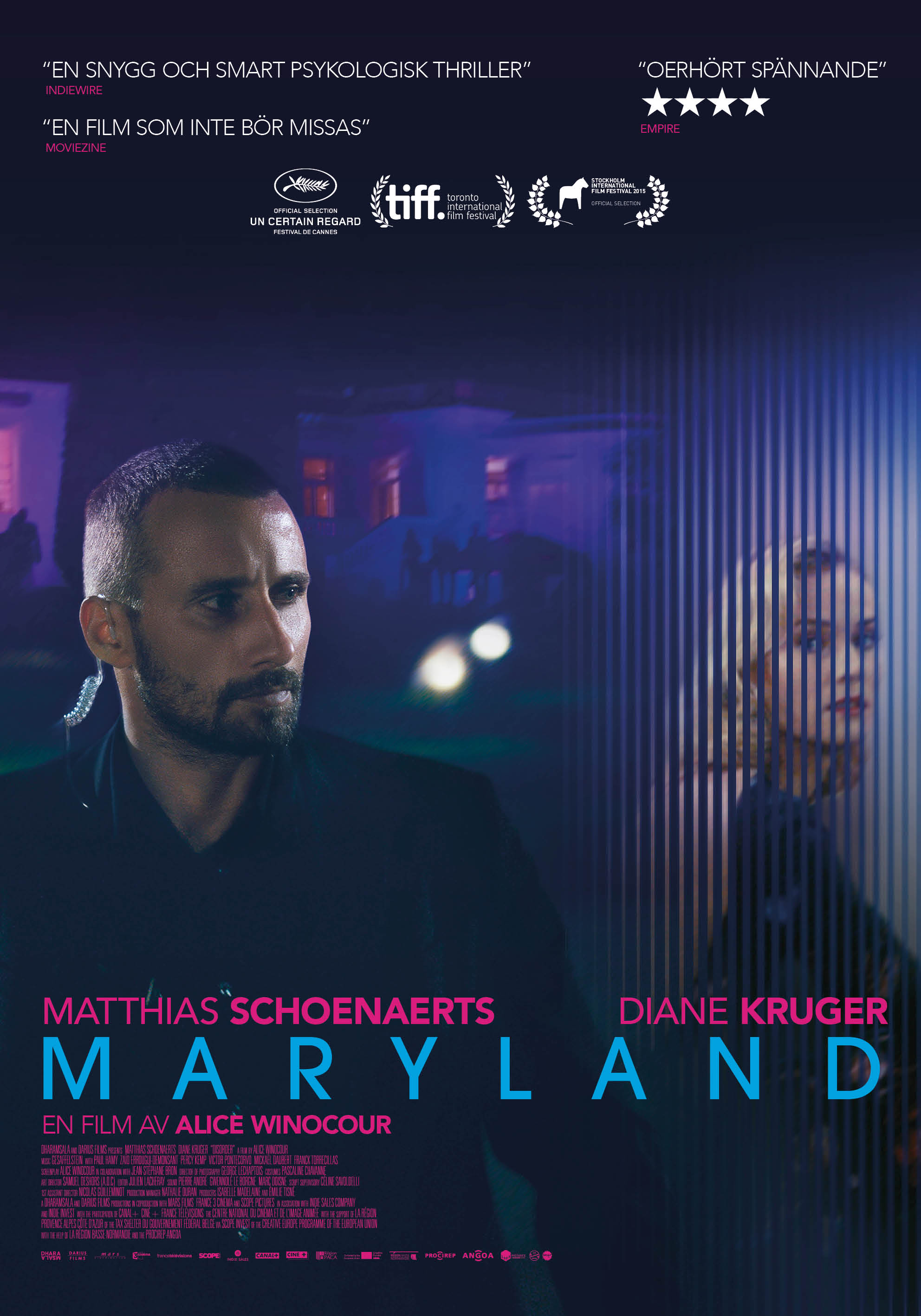 Vincent, a French Special Forces soldier just back from Afghanistan, is suffering from a post-traumatic stress disorder. He is hired to ensure the security of Jessie, the wife of a rich Lebanese businessman at their luxurious villa ”Maryland”. As he starts experiencing a strange fascination for the woman he has to protect, Vincent increasingly seems to fall into paranoia. Unless he is right, and the danger is very real indeed…

With Disorder, director Alice Winocour has made a tense and thought-provoking thriller with unforgettable characters. Starring Mathias Schoenaerts (The Drop, Rust and Bone, Bullhead) and Diane Kruger (Inglorious Basterds, National Treasure), Disorder is a thrilling, exciting and a wholly unique experience. IFC Films distributes the film in the US.