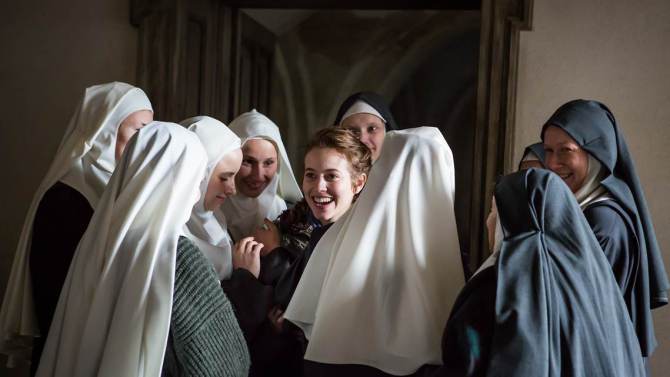 Poland, 1945. Mathilde, a young French doctor with the Red Cross, is on a mission to help World War II survivors. When a nun seeks for her help, she is brought to a convent where she finds several pregnant sisters. The convent has suffered attacks from the Soviet soldiers, resulting in a wave of pregnancies. With the nuns unable to reconcile their faith with their pregnancy, the nuns turn to Mathilde who becomes their only hope.

From acclaimed director Anne Fontaine (Coco Before Chanel, Gemma Bowary) comes a true story of faith and resilience set in the aftermath of World War II. Agnus Dei (The Innocents) has been picked up for theatrical distribution throughout the Nordic Countries as well as the US..

”Hope and horror are commingled to quietly moving effect. A restrained but cumulatively powerful drama.” – Variety

”A hit right to the heart” – Cineuropa